Derby Community Climate Hub is inviting you to complete this survey on the Vision for the Future: Derby City

Your answers will give you a say in how we work together to make Derby the best place it can be. The more responses we get the more we can influence others!

The world has changed so much in the last year due to Covid-19. The world is going to change more in the coming years because of international recognition of the worldwide climate emergency. We now have a great chance to change the City of Derby, to make it healthier, fairer and better to live in for everyone.

We want to shift the climate conversation from giving things up to strengthening and improving communities. So help us present a positive vision of what net-zero carbon looks like for our city.

The survey should take less than 10 minutes.

All responses will be anonymised – no personal information will be passed on to any other organisation. Responses will be used to help the Climate Change Commission and City Council plan local government initiatives

Derby City Council It has set up a city Climate Commission with a core Group overseeing and supporting the work of 4 ‘action hubs’ tasked with identifying, progressing and implementing initiatives with the primary purpose of reducing the city’s carbon emissions.

Initially the Action Hubs will address the following areas:

The first 3 have been chosen on the basis that these sectors are the worst ‘offenders’ with regards to the City’s carbon footprint whereas the fourth group acknowledges the important role that local interest/voluntary groups already play and can bring to the table. The formation of the Action Hubs should not duplicate existing networks but should add value to the climate conversation with an action orientated remit. Hence Derby Climate Coalition was asked to set up the Community Hub.

This has been done, and we have established the following remit 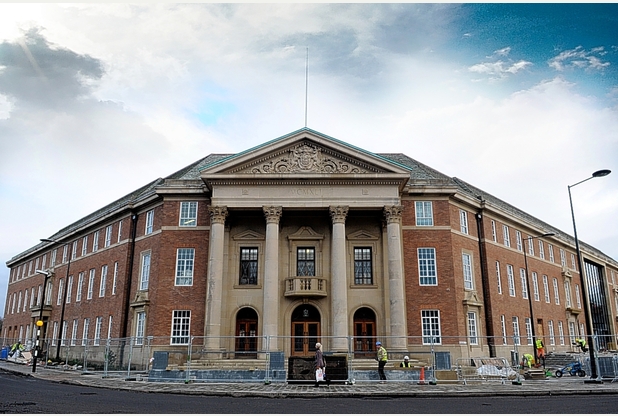 This week Derby City Councillors called on the Derbyshire Pension Fund to divest from fossil fuel and fracking companies [1]. Councillors voted overwhelmingly in support of a motion [2] to reduce fossil fuel dependence in order to prevent climate change and reduce the financial risk to pension members. END_OF_DOCUMENT_TOKEN_TO_BE_REPLACED 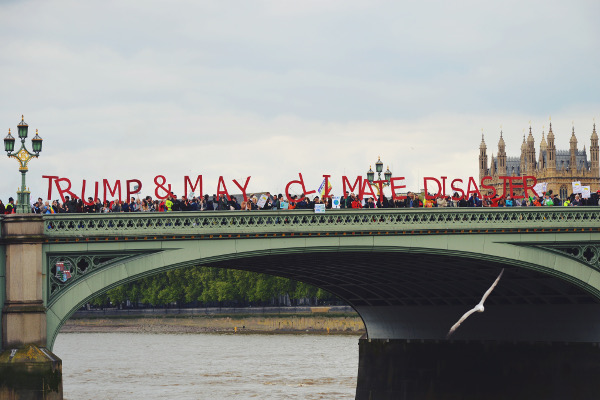 The future of the country is thrown open to new possibilities.

Young people turned out to vote in record numbers. Now politicians need to respond to those who have the biggest stake in securing a secure future on a liveable planet.

We don’t know how national politics will play out in the coming days and months.
But we know that the UK needs to align ourselves internationally with progressive nations, not with Donald Trump’s climate denial and dishonesty. We need to invest in climate jobs, taking advantage of cheap renewable energy, and building essential infrastructure. We need to make sure Brexit doesn’t scupper environmental protection.

What happens next? Can we trust Conservative minority government supported by the DUP?  While climate change scepticism is not official party “policy”, the DUP has previously appointed a denier as environment minister in Northern Ireland. The Campaign against Climate Change  has spoken out against the Conservative government’s backtracking on important climate change policies in the past two years. If the plan is to carry on with more of the same, however, they will find it difficult.

They will face ever stronger community resistance to fracking, legal challenges against dangerous schemes such as Heathrow expansion, and opposition from all those determined to take action to put the planet and the people who live on it, before profit. Join us. 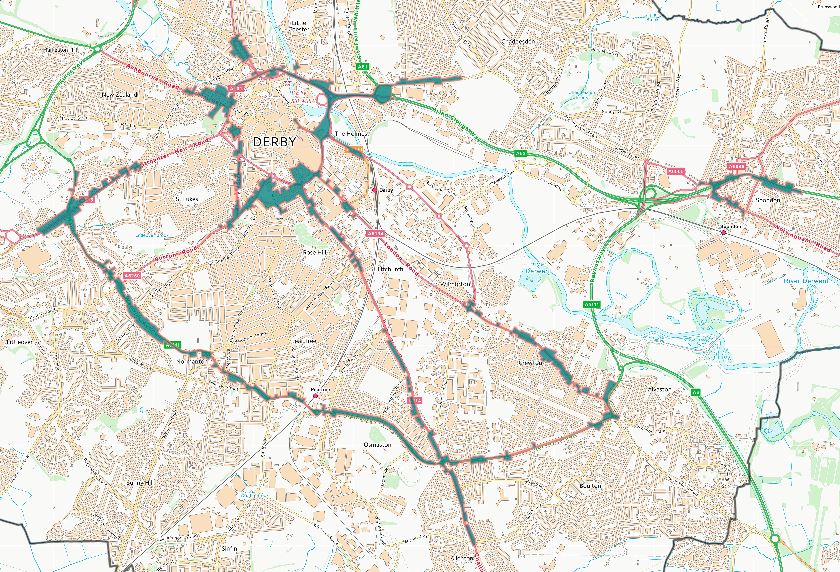 The Derby Green Forum was held on Thursday 25 May 2017 and was attended by 33 people, from a wide variety of backgrounds. Three councillors were there (the Deputy Leader of the Council – Martin Rawson, Lucy Care and the new mayor – John Whitby (who said that his priority was promoting all green agenda) along with a number a number of officers from Derby City Council.

The notes for the meeting can be accessed by clicking here  Derby Green Forum Minutes 25 May 2017.

Air Pollution was the principal item . The map, shown above, shows the relationship between traffic and air pollution. This has been taken from the presentation by Karl Suschitzky’s,  from the City Council  Environmental Protection team. This is merely a screen shot from the Council’s public mapping portal which is available for access by anyone at the following address: http://maps.derby.gov.uk/  then you need to use the ‘choose an option’ drop downs in the top left corner to select ‘environment and protection’ and then select the ‘air quality management areas’ layer. Helpfully, you can zoom in on any specific location to look at the air quality in more detail in specific areas. END_OF_DOCUMENT_TOKEN_TO_BE_REPLACED 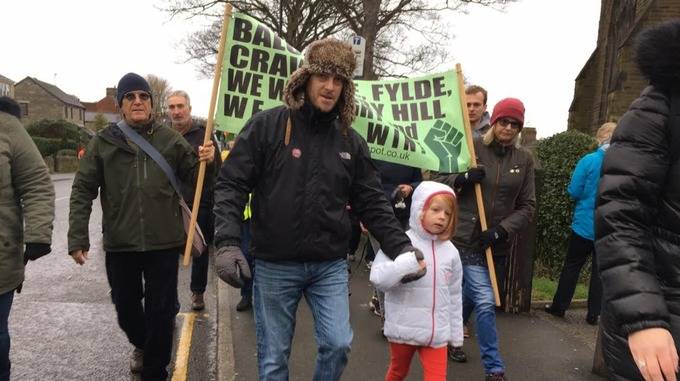 Derby Climate Coalition organised an anti-fracking meeting on the 9th of March. We heard some fantastic campaigners; from Sherwood Forest, Amber Valley and from Eckington in NE Derbyshire. 20 people came to our meeting.

END_OF_DOCUMENT_TOKEN_TO_BE_REPLACED 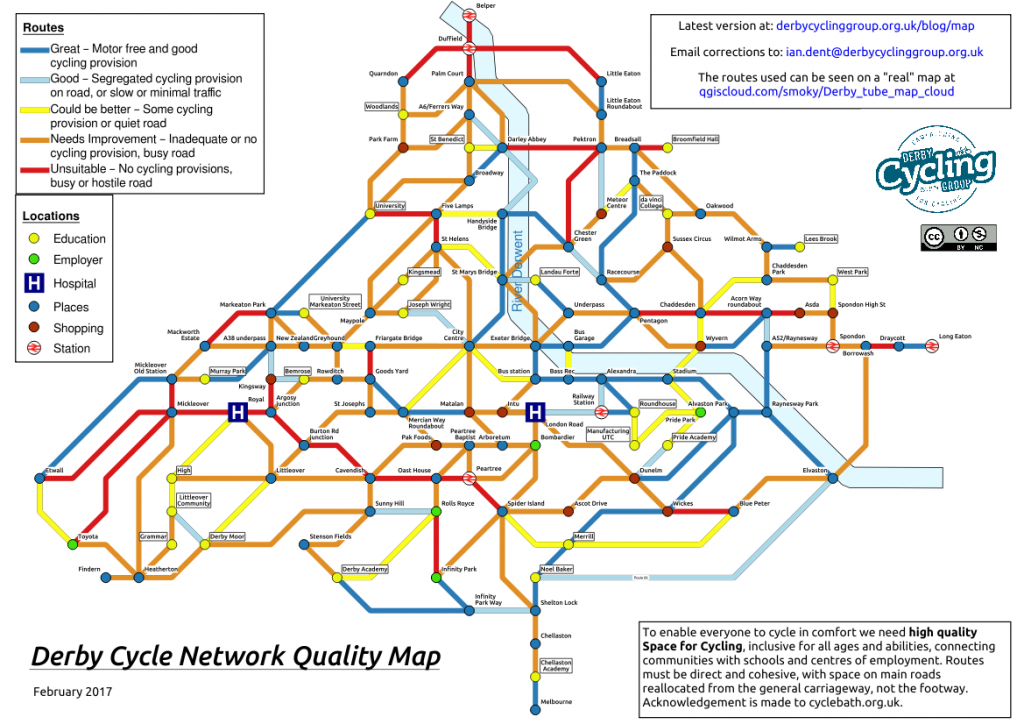 END_OF_DOCUMENT_TOKEN_TO_BE_REPLACED

Here are the notes from meeting of the Green forum held on Tuesday November 21st. The consensus was that this was a very useful meeting.  END_OF_DOCUMENT_TOKEN_TO_BE_REPLACED 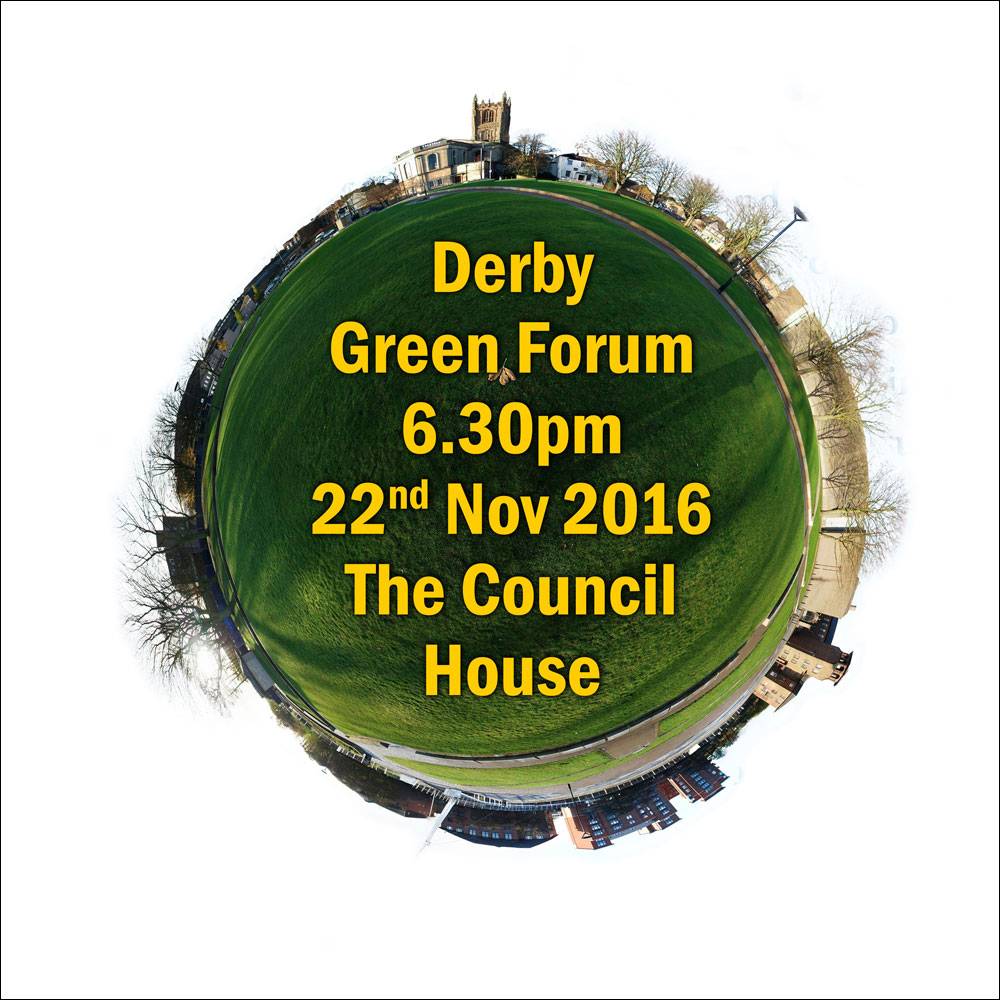 Derby Climate Coalition, in partnership with Derby City Council, is setting up a quarterly forum where individuals and organisations can discuss green matters related to Derby – including green and renewable energy supply, sustainable transportation, buildings and planning issues.

This is meeting at the Council House at 6.30 pm on Tuesday November the 22nd.

Please come along and join the discussion! Book your free seat by clicking on this link: https://derby_green_forum_nov2.eventbrite.co.uk

Agenda items so far include:

Let us know if you have any items for the agenda by emailing derbyclimatecoalition@gmail.com

Hoping to see you

A short post this time, but Derby Climate Coalition recently took part in a demonstration against INEOS in Chesterfield, showing opposition to fracking by the company.