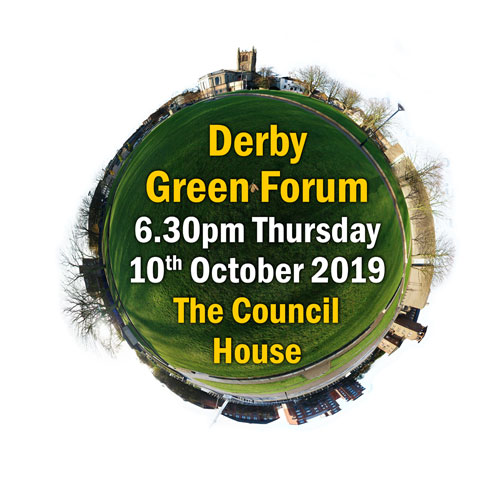 2.   Meeting wished Ann W and John B a speedy recovery

3.   Matters Arising: not possible for speaker from Envelope Homes to attend. To be re-arranged

4.   Climate Emergency: Report on what the council is doing and suggestions

Andy Hills, a qualified environmental scientist and original leader of the Climate Change & Energy Management Unit, is to allocate a quarter of his time to managing the proposed Climate Coordinator. The new role will be initially for 2 years, but hopefully permanent. Shortlisting is imminent; the post should be filled by early December and will focus on building relationships with many different stakeholders.

The agenda will be based on Friends of the Earth 33 actions to combat climate change.

The Council is only one small restricted player; but chief officials are firmly behind the agenda. Political support is essential.

Strategic Director Rachel North will attend the next Green Forum.

Tools are now available to measure and indicate where carbon efficiency needs to be addressed.

Andy has been involved in APSE and BEIS talks about smart meters.

By comparison Nottingham council have over 50 staff involved in the climate agenda against less than two in Derby.

Various suggestions from the floor:

-It was suggested trajectory was more important than setting unrealistic targets.

-To share best practice e.g. with Derby Homes, who have done much good work.

-Climate Impact Assessments to be the basis of a motion from The Labour Group to next Council Meeting. All proposals should consider the Climate Impact, just as Equal Opps and Health and Safety are considered

-Consistent messaging for the public from local authority.

-Cycling and public transport need pushing up the agenda. Peter said that it is imperative that we capture the energies and enthusiasm of those outside the Council. We need a software infrastructure (e.g. of use of Basecamp, Slack, Trello) which allows us to capture discussions, ideas and decisions in a structured manner. There should be a dedicated group from each sector, to cross-fertilise, rather than a process led by central authority with no resources. The Hope Valley Forum is good example. Peter will, with a bit of help from others, look at options and implement something.

Lucy is expecting clarification from the Fund office next week. Derby Climate Coalition could be the co-ordinating body to do application, important to involve cross section, especially youth.

Lisa had been in contact with Community Action Derby who have experience in helping write funding bids; Lisa to set up e meeting.

The lottery project could be a thread running through the Renaissance Board.

The proposal was limit age of diesel Hackney taxis to 10 years, with emission reduction to Euro 6 standard, incurring massive costs for taxi drivers. A 4-year extension has been achieved for taxi drivers.

Air quality measures regulate local taxis, but not out of town taxis.

Idling ban for local taxi drivers in city centre has been proposed, but not for private vehicles despite majority of journeys being for private use. Councillors have asked for the idling issue to be put on future Licensing committee agenda.

The issue has been raised with the council (refer to note below[i]) and the response was to do nothing. Forum was of the view that Council needs to put message across to public that idling is illegal and that there were mechanisms for collecting money and it should be self-funding.

Dave reported (see footnote on how to access the plan)[1]

Highways England project, not Derby City Council; but council problem. Consultation has closed and is now with planning inspectorate. A decision on proposals to be taken autumn 2020.

Group is lobbying for

– replacement of curly bridge at Markeaton Park before other work start

– keeping all cycling and pedestrian route open during whole project.

– all construction traffic to have cycle hazard technology

– Others objected to cycling on pavements

– should increase to 50mph limit be accepted?

– Transforming Cities funding may be available

9.   Update from Trees for Derby

Planning and Planting Meeting scheduled for Wednesday 16 October at Council House at 7pm.

Contract is terminated; project in state of flux.

Community against resurrection of project. Council in favour of getting site up and running again, which could happen fairly soon.

So far, banks have borne the cost. But according to current legal situation, if site never had a chance of working, net value of site is zero. If site should have worked, DCC should be responsible.

a. Ed presented rebellionderby.earth, a new website to get people talking

b. Tony has tried to form partnership with DCC over A38 project; no response yet.

[1] If people go to the documents section towards the bottom of this page: https://highwaysengland.co.uk/projects/a38-derby-junctions/   There are lots of documents including maps of each junction and the result of the consultation. Look for most recent dates too.

[i] IDLING these questions which were put by Bernadette Grosse to the council, and the replies are shown:

1 – The recent school streets closures were very successful in increasing awareness of air pollution and received very positive feedback. What plans does Derby City council have to roll these out across the city?

The feedback from the experiment with closing streets outside of schools was very positive.  It did provide a totally different experience for the pupils and parents.

Closing the road outside of schools is not something that can be done in every environment but where the school is not on an arterial route or a bus route, there should be scope.  As you can imagine these closures require a lot of people to make them work, not least because the residents still have a right of access to their properties.   For the trials a number of Council staff volunteered to assist, thus it is not something that the Council has resources to sustain.  I would therefore welcome ideas from schools and residents groups about how they may be able to successfully manage these types of events in the future.

2 – Several cities in the UK have introduced ‘Idling’ bans along with fines for breaching the ban. Although by no means the entire answer to tackling air pollution, they are a step in the right direction. Would the council consider introducing idling bans in Derby?

As part of our development of proposals for tackling roadside NO2, the Council has examined various measures including researching the effectiveness of idling bans and how they function.

While it is possible to declare a ‘no idling area’, and erect signs in the street, enforcement is only possible by having a patrol present and making a decision about what actually constitutes idling.  This would be a challenge to deploying our resources and there is no clear evidence that declaring an area as a ‘no idling zone’ has any impact without the consequences of enforcement.  There is some evidence that campaigns by schools and pupils can have a beneficial influence on the behaviour of parents outside of school gates, this is an area I want to explore along with other measures in the future to change driver behaviour near schools.

Enforcement and regulation are not always the most desirable or effective intervention.  Everyone in the community has a role to play and needs accept that they need  to change their behaviour, for instance where their vehicle has stop/start technology that they use it, and when they are sat waiting they switch off the engine.  As a rule-of-thumb, every five minutes sat with the engine running, uses the fuel needed to drive a mile.  It is not only irresponsible to sit idling, it is also wasteful.

[ii] Friends of the Earth has analysed how different local authority areas across England and Wales are taking action to cut greenhouse gases.

Summary assessment
The Derby area’s performance on climate change is better than most compared to other local authority areas. All local authorities, even the best performing, need to do much more if climate catastrophe is to be averted. Derby particularly needs to do much better on improving home insulation, increasing tree cover, and increasing waste recycling.

In Derby 33% of emissions come from housing, 36% from transport, and 31% are industrial and commercial emissions.

There are different estimates of how fast the UK should reduce greenhouse gas emissions if it’s to do its fair share in combatting climate change, ranging from around 7% to over 25% per year.3 Researchers at the Tyndall Centre in Manchester University say that Derby should reduce emissions by at least 13% per year.