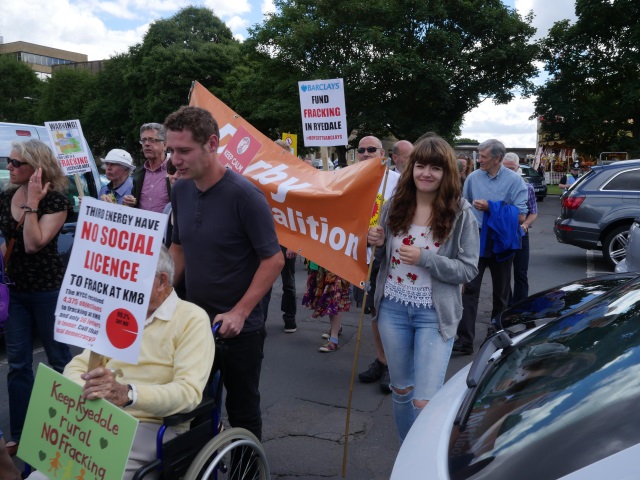 More than 1,000 people from across the North and including 8 supporters of Derby climate coalition, united to take part in an anti-fracking rally, in York, where they marched from Clifford’s Tower to the city’s minster. (See this link on BBC news)

The rally came in the wake of approval by North Yorkshire County Council to allow Third Energy to extract shale gas in Kirby Misperton, Ryedale.

It is the first time a fracking operation in England has been approved since a ban was lifted in 2012. This was despite  overwhelming local opposition:  campaigners are applying for judicial review
Here are some photos. 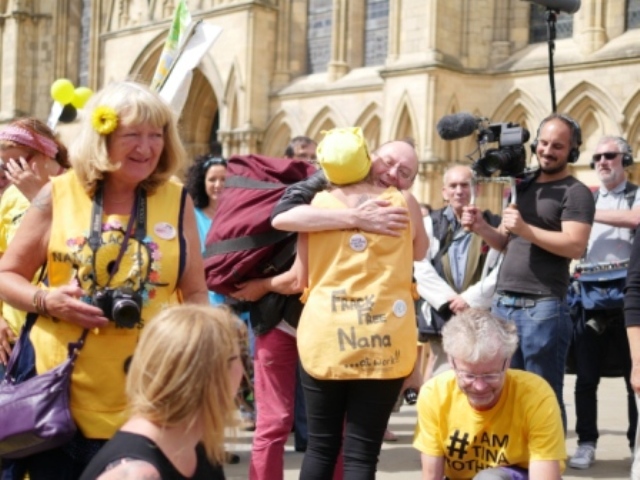 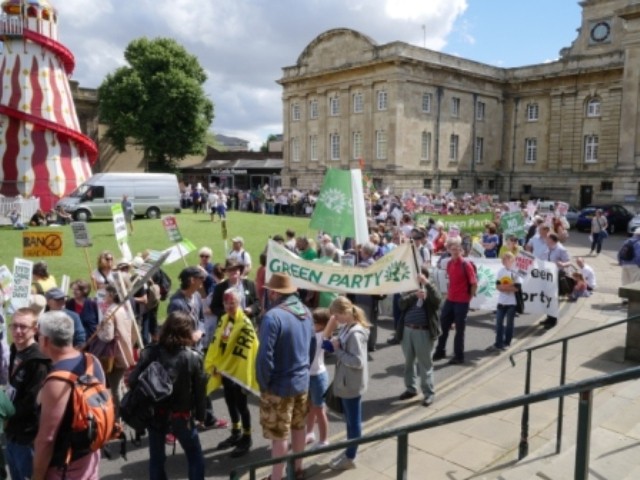 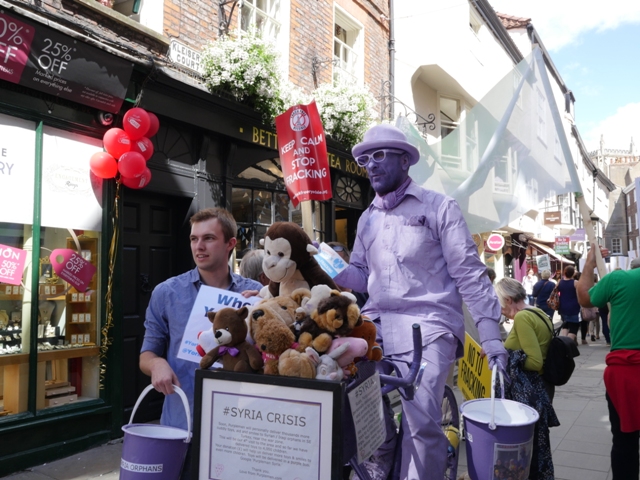 And a big thanks to Derby Unite community branch, who contributed to the travel costs.

After months delaying, the government has finally released the Committee on Climate Change’s report on the impact of fracking on the UK’s legally binding climate targets. The committee found that “exploiting shale gas by fracking on a significant scale is not compatible with UK climate targets unless three tests are met” (including tougher regulation and cuts to emissions elsewhere). The government has attempted to interpret these findings as support for the fracking industry. Read more about why the Campaign against Climate Change believes that the three tests will not be met – and that the government’s reckless attitude to fracking also applies to climate targets themselves.

Last week  we heard that the petrochemical giant, Ineos, has expressed plans to lodge up to 30 planning applications to drill test wells over the next six months, in a bid to accelerate shale gas development in the UK. The company says it hopes to start drilling in the north of England early next year and could begin extracting gas in about 18 months. Tom Crotty, an Ineos director, told the Financial Times he was confident that recent changes to rules allowing ministers to intervene if local councils delay granting permission would finally enable the company to drill test wells, having failed in their campaign last year to convince the Scottish government to lift its moratorium on fracking. The group, which owns the Grangemouth refinery in Scotland, has rights covering some 1m acres, mainly in the Cheshire basin, the north Midlands including the Amber Valley area and North Yorkshire.