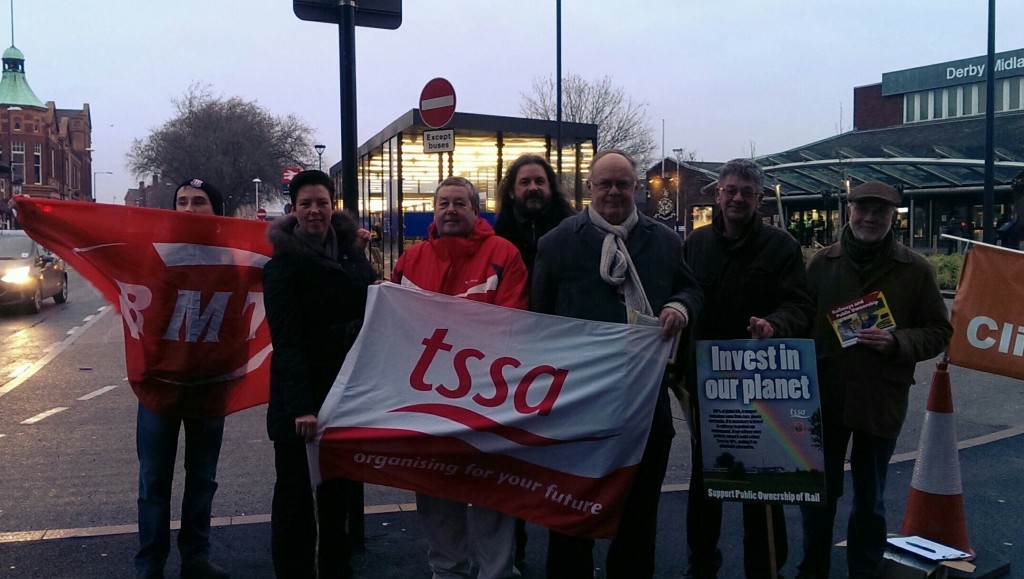 Here is a picture from Derby railway station this morning, January 5.

It shows only one woman in the picture (Nadine from the TSSA), but there were a lot more at the other entrance. In all we had about 15 people including two from the rail unions, an official from Unite, and activist from the FBU and a handful of environmentalists. The leaflets seemed to go down very well. None were thrown to the ground! Lots of people were seen to be reading them.

This action was one of about 55 that took place up and down the country. See the report on the People Assembly website.