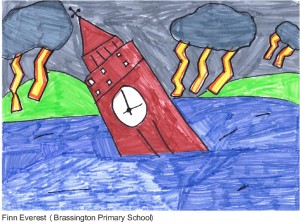 There’s a great climate change and eco fest event taking place at Cromford Mills at Thursday, 1 May, 2014 to Sunday, 4 May.  There is a question time panel evening on Thursday May 1st, chaired by award-winning environmental journalist, Fred Pearce. Two different internationally known climate experts giving talks on climate change issues on each of the next three nights, with a schools and family day, as well as a Transition Café on Saturday May 3rd.

Please note that because of limited space, tickets for Question Time and the talks will be on a ‘first come first served’ basis from Cromford Mills – See http://cromfordmills.org.uk/content/warm-wet-and-windy-2014 for further details and you can book there or  phone: (01629 825995) . 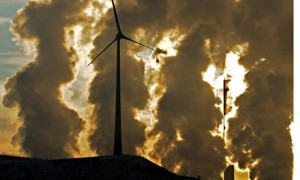 Please join in with us and come to our PUBLIC DISCUSSION

CLIMATE: WHAT IS THE IPCC UP TO?

Organiser for Friends of the Earth

The Intergovernmental Panel (IPCC) on Climate Change officially released the “Fifth Assessment Report” from working group three on Sunday, 13/4/2014. [1] The report is on mitigation; which is described as “human intervention to reduce the sources or enhance the sinks of greenhouse gases”.[2] The IPCC has told the world yet again that climate change is a huge risk we must tackle. What is new is the clarity and urgency of the message. This report warns that governments are set to crash through the global CO2 safety threshold by 2030. Humans have tripled CO2 emissions since 1970, it says – and emissions have been accelerating rather than slowing. The report finds “without additional efforts to reduce GHG emissions… likely temperature increases from 3°C to more than 5°C” are projected by the end of the 21st Century”. It would also push us beyond ‘tipping points’[3] which would mean run-away climate change, with drastic shifts in the Earth’s natural systems including the melting of the Arctic and the Greenland ice-sheet leading to huge sea-level rise; and the dying-off of the Amazon jungle, triggering mass extinctions.

We will be showing a five minute video from leading climate scientist Prof Kevin Anderson on the need for urgency and ambition. See http://www.youtube.com/watch?v=P7pwpjthh6E

This meeting, on Wednesday the 16th, will also discuss ongoing business. One of the items is FRACKING. We will hear reports from what is happening and what can be done.

[1] The IPCC was established by the United Nations Environment Programme (UNEP) in 1988, 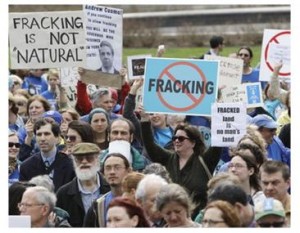